That "I Don't Give a Shit" Attitude

This is me. I'm daring, sarcastic, witty, and sometimes a bitch. But, I am also caring, smart, funny, and kind-hearted. I make mistakes; many of them.

In the past several months, I have come to realize that being yourself is the most important and liberating thing you could possibly be. I grew up wanting to be one of the "cool kids." I was never the most popular girl in school, nor was I ever near the top ten, but now, who cares? I'm not judged now for how cool I was in high school. Nobody cares if I was or wasn't Prom Queen, and no one cares if I dated the captain of the football team. Although, our football team sucked, so in fact, that would probably be held against me.

I hate to throw around the "bully" word, but in a way, I guess you could say I was bullied. No, I was never held upside down while a big guy was pressuring me for my lunch money, but I was made fun of. I was called fat for many, many years. I remember people asking me if I was pregnant and having baby carrots thrown at me in the hallway (not kidding). But like I said, who cares? If I had the mindset then that I do now, I would have picked up one of those baby carrots, shoved them in that bitch's mouth, and asked her why she wasn't eating more of them. Although I was told then, I never would have imagined that those parts of my past are the things that give me the strength to make a better future for myself.

I've heard my mother say many times that she wishes she would have had the confidence and the "I don't give a shit" attitude in high school that she does now. Well, so do I. In high school, all anyone really cares about is being cool. Now, I'm worried about finding a great apartment, starting my new job, and being a better person. My, how things have changed!

Just imagine how amazing the world would be if our youth could have a glimpse into what their future would really be like. They would realize that worrying about how many Facebook "friends" they have and what parties they'll get invited to is completely pointless. Maybe they would focus on being better people instead of having the newest pair of J's. Those are still cool....right? 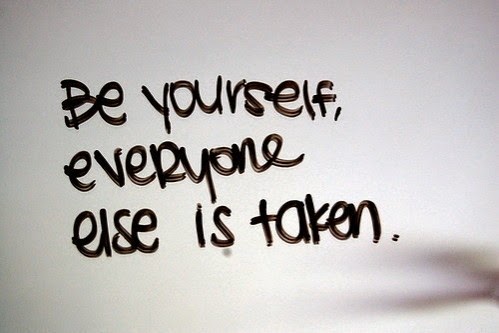